Here, lying on your back and leading your hand across the peaks towards the sky, anxiety and fear fused with inspiration, awe, and childish happiness. It was difficult to breathe, not only because I was on meters above the sea level or because I had just finished a difficult pass, but also because the impression of the surrounding nature.

For thousands of years these sharp peaks had pushed upwards with unrestrained force but now, resting next to them they looked calm and silent. I felt completely free. Here, far from home I did not feel loneliness, need, dependency — I was happy. This was the place where my journey, adventure, life, and choices had led me. At that moment, a tiny person among giants I felt complete peace. Streets in the center bustle with alpinists and hikers looking for adventure agencies, backpackers keeping their eyes open for cheap hiking hear, and other tourists visiting markets and souvenir stalls.

All of us have come here to enjoy the surrounding nature. There are short one day trips to turquoise glacial lakes like Laguna 69 or Laguna Paron. These are good ways to acclimatize. After getting used to the altitude more serious hikers can challenge themselves with multi-day treks.

The most popular ones are four-day Santa Cruz trek and ten-day Huayhuash circuit. These are also considered to be some of the more spectacular walks in the world. If someone needs more excitement or they really want to push themselves, then Huaraz is surrounded by peaks waiting to be conquered again and again. Short one day climbs or extremely difficult several day excursions are available.

There is something for every taste and level of experience. Like the day before I decided to leave the official camping site behind and walk additional 2 kilometers to Alpamayo base camp.

While working as a volunteer at Andean Summit several people told me that the extra effort will be worth it. After a steep walk uphill and over a wet plateau I reached a huge Andean Polylepis which was towering above a comfortable-looking moss covered floor. This old arching tree was like a roof over the campsite. 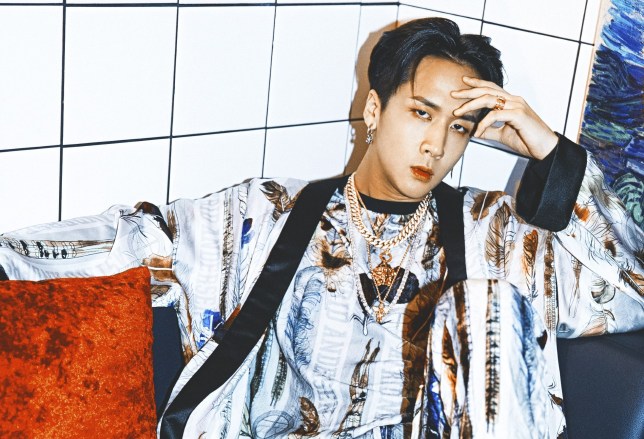 Setting up camp and deciding where and which direction put your tent is one of the more enjoyable elements of hiking. Especially when you can set it up so that your door opens up towards the perfect pyramid shaped peak of Artesonraju that shines violet red in the blazing sunset.

That night I was not the only person around. As the evening shade was crossing the valley a French guy called Jean walked into the camp. His path went opposite way to mine but as it happened it was the second night of Santa Cruz trek for both of us. The beauty of hiking is also revealed in casual acquaintances — friends that step into your life for just a moment and disappear down the road the next day. In the evening, underneath the shining stars and next to the blazing camp-fire we shared our food and made something heartier for dinner.

Just for these moments I took a small bottle of whiskey from Huaraz. We felt good and the mood was grand. Evening hours disappeared fast in engaging conversations and photographing night sky. Finally, late into the night the mountain freeze banished us into our tents and as I woke up next morning I saw that my tent and surrounding mountaintops were covered with soft layer of snow.

It seemed like someone had sprinkled powdered sugar all over nature. 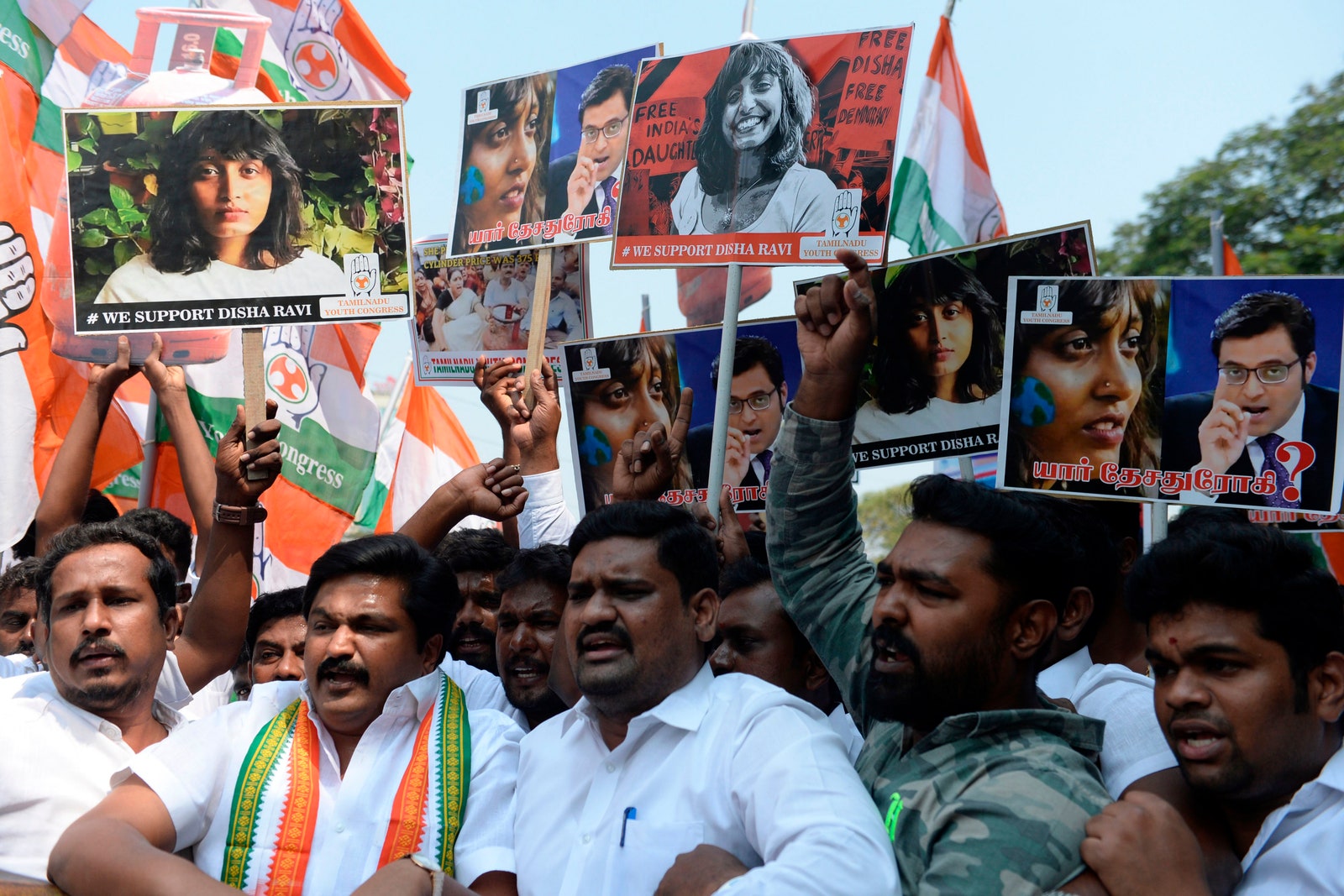 The heaviness of the mountains disappeared and needle-sharp peaks seemed light on the background of grey sky. While eating hot porridge in this dreamlike landscape, my mind wandered back to Huaraz and food that I will eat when I get back. During 19th and 20th century a lot of East-Asians emigrated to Peru.

They brought their own recipes but had to use local ingredients. The result was a super popular chifa. 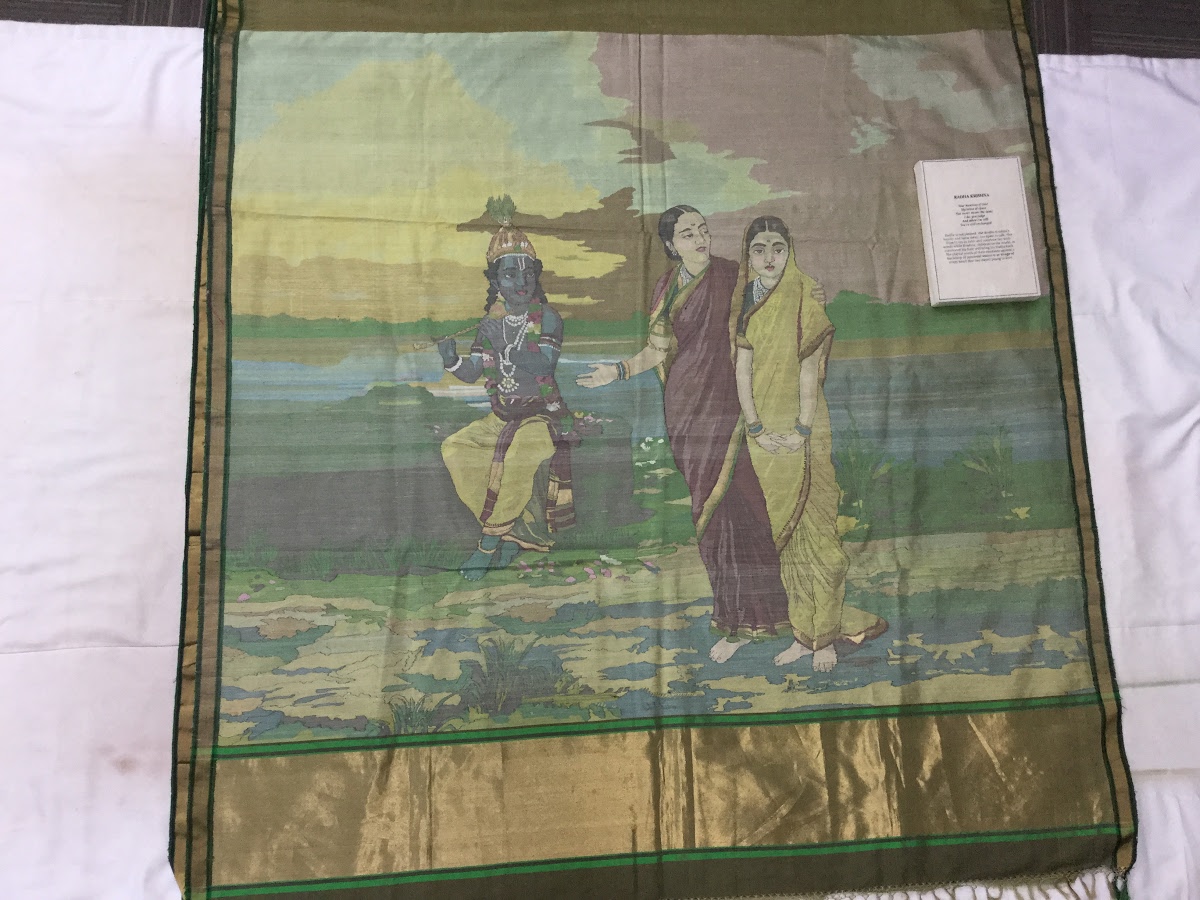 For locals this interesting fusion is a certain choice for Sunday lunch. Chifa places are popular during other days as well, but on Sundays the best places have queues in front of the door that can span for a bloc or two. The most popular dishes are lomo saltado or beef wok, chaufa or fried rice, tallarin or egg noodles and wonton soup.

For couple of euros one can feed a family of four or a very hungry backpacker. With food people usually order Inca Cola, the most popular neon yellow soft drink in Peru. Adults also take a big bottle of beer and mix it with Inca cola, filling their glass half cola and half beer. The third day has etched in my memory through various senses, colours and rain, rather than events that happened. Most of the journey was already done and the path in front was largely downhill.

Despite this, it was not easier. The ground was covered in soft sand, walking through it was time consuming and difficult. 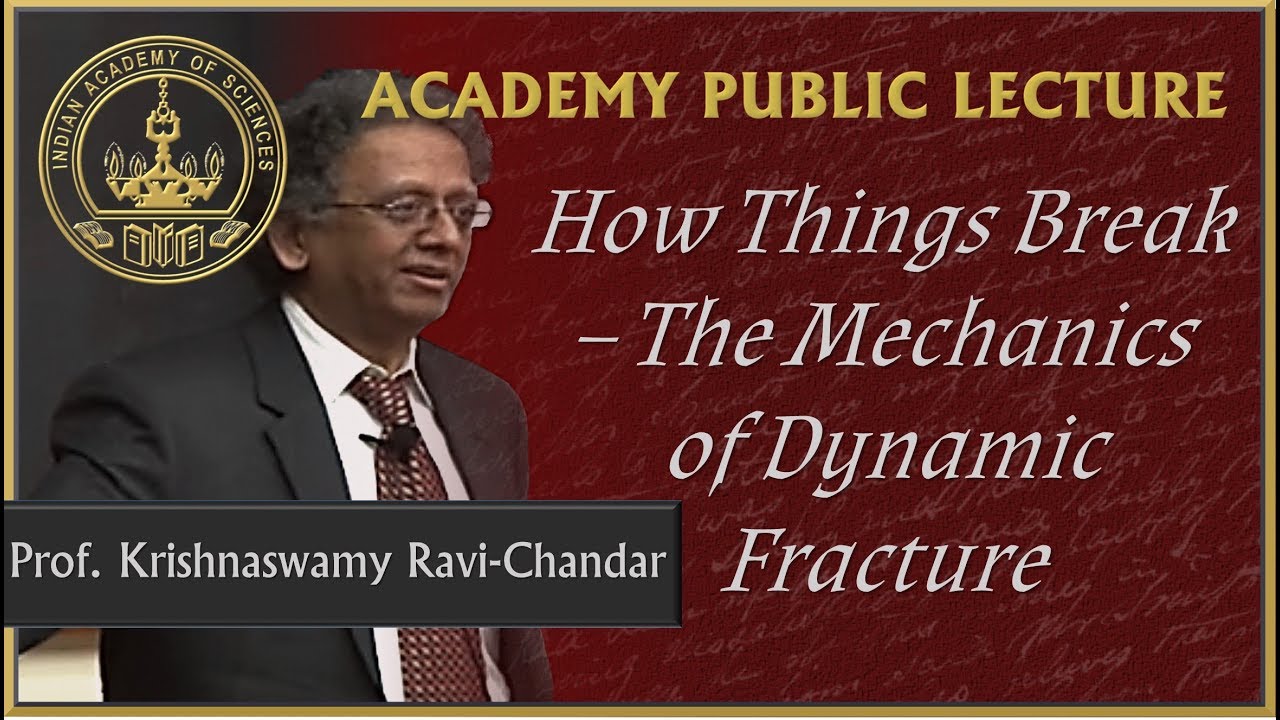 The higher part of the valley, near Taullipampa campsite and Punta Union, there used to be a large glacial lake, but countless earthquakes had changed the landscape allowed water to run down the valley. Now, most of the path was covered with sediment that rapids and fast mountain streams had brought to the lake.

Trying to find the path and defying rain I remembered that Andean summer was full of rainy and damp days. The valley that had seemed so colourful before had turned into grey and faded. Humidity was overwhelming and all my clothes were wet, although I had rainproof gear. In my own tiredness I could not fight against the weather and I decided to let water wash over me and enjoy this moment as well.

What makes me pack my heavy bag and go on Fracture Chrying Fabric ravi arduous journey? Is it the thirst for adventure, romantic idea about finding yourself or a deeper meaning in nature, to escape cityscape or enjoy some natural wonders for the last time before they disappear in this rapidly changing climate?

In some ways there is truth in each one of them, but my main, maybe even unconscious, push comes from the freedom and peace of mind that being nature brings out in me. It creates clarity and highlights the important things — even if it is just for a moment. In the morning of my fourth day of my Santa Cruz trip I was greeted by a small Andean village Cashapampa. After a short break in this archaic village untouched by time I was picked up by a collective, a Arthroosi magnetvalja ravi bus that takes people and goods from one village to another.

Having arrived back to Huaraz I rushed to my favourite chifa place and after a big lunch I went to clean my camping equipment. I felt good and strong after finishing Santa Cruz. Next couple of weeks passed with preparations. I made some shorter hikes, checked my equipment, planned the route, bought food and solved some other small issues.

One December morning I sat in a white collective that took me to Llamac, another small village where day Huayhuash trek and the culmination of my time in Huaraz started. 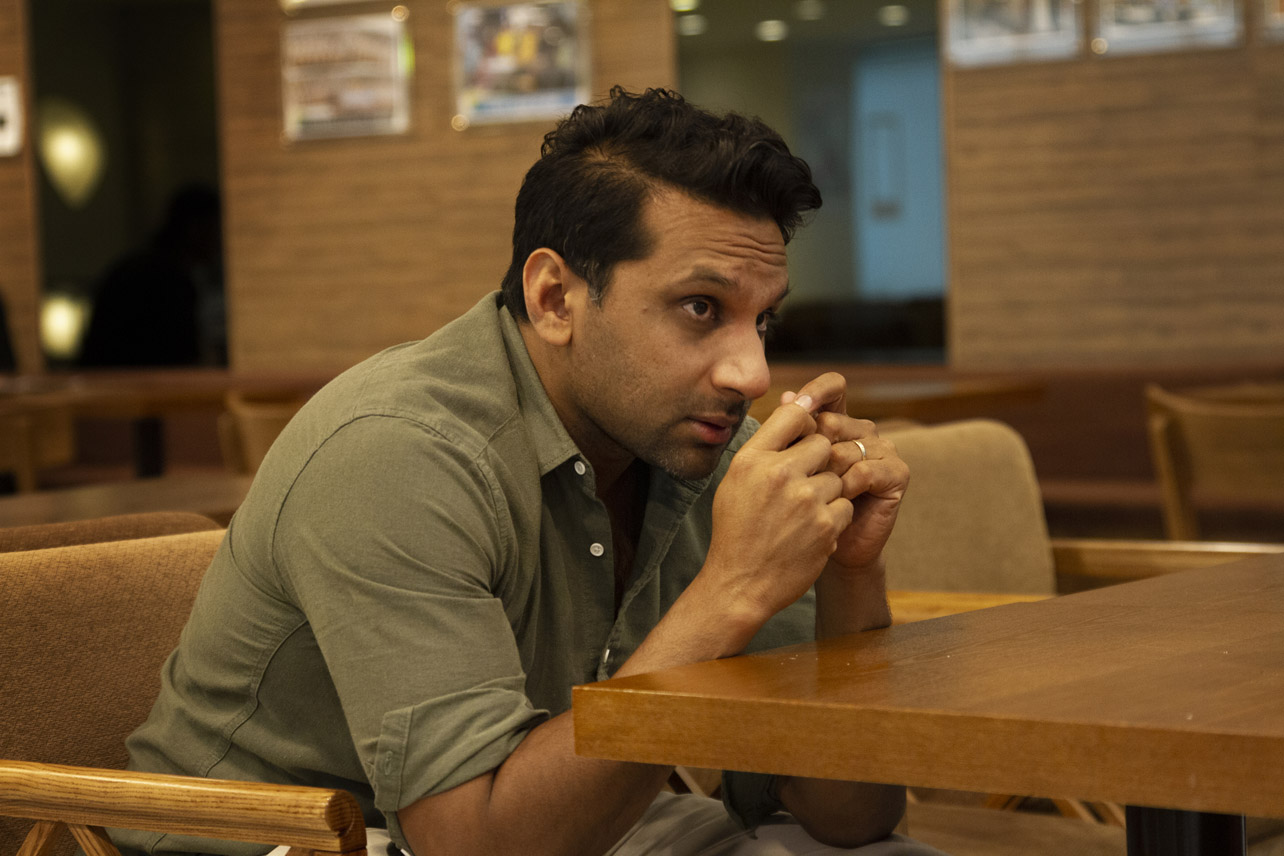 Splints Splints! Like for a broken arm! But instead for a droopy penis! Inventors have been applying for new and improved penis splint patents through all of the 20th century; one of the most recent Fracture Chrying Fabric ravi Splints have a rigid base on which the penis lays, and two rings attached, one to grasp the member at either end. It is usually strapped to the body around the back or scrotum. First of all, a splinted penis does not always an erection make, any more than straightening out cooked spaghetti makes it raw again.

Also, splints by their very nature have to be made of a hard, unyielding material spring steel, bronze, or aluminum was recommended in a patent. This means the couple using the splint would have inhospitable materials thrashing around their privates.

The strange thing is this might have worked, though not as intended. Oh, you thought of it. Monkey Testicle Grafts As medical advancements continued into the 20th century, men of science came to view grounding up animal privates and eating them for virility as horrifically primitive. To truly cure impotence, those privates needed to be surgically grafted onto the patient!

Enter Serge Voronoff. Inhe performed his first monkey-to-man testicular operation. Before he had used the testicles of dead criminals for this operation, but as you can imagine, he eventually ran out of dead criminals and resorted to monkeys.

He grafted a thin slice of chimpanzee testicle onto that of a man that suffered waning virility. In reality, the human body rejected the foreign object immediately, leaving a scar that led both the doctor and his patients to believe the graft was successfully in place.